In 1996, Philip became the first doctor in the world to provide voluntary euthanasia using Australia’s Rights of the Terminally Ill Act of the Northern Territory and, as a result, four terminally ill patients used this law to end their suffering.

Consequently, the Australian Parliament overturned the law by way of a conscience vote in March 1997.

Philip gained his PhD in applied physics from Flinders University in 1972.  After that he graduated from Sydney University Medical School in 1988, however he retired from medicine in 1997 to work full-time on euthanasia issues.

Dicing with Dr Death – Have a Laugh!

For example, in 2015 he launched his comedy career at the Edinburgh Fringe with a show called ‘Dicing with Dr Death’.

After that, Philip would go on to perform an ‘Aussie’ version of his Dicing show that was subsquently retitled ‘Practising without a License’.

This performance formed part of the 2016 Melbourne International Comedy Festival and took place in front of a full house at The Athenaeum Theatre.

In addition, a second show was performed in Darwin in the Northern Territory in August 2016.

“[Nitschke] presented his case with such measure, warm humour and intelligence that even his puns were excusable.” 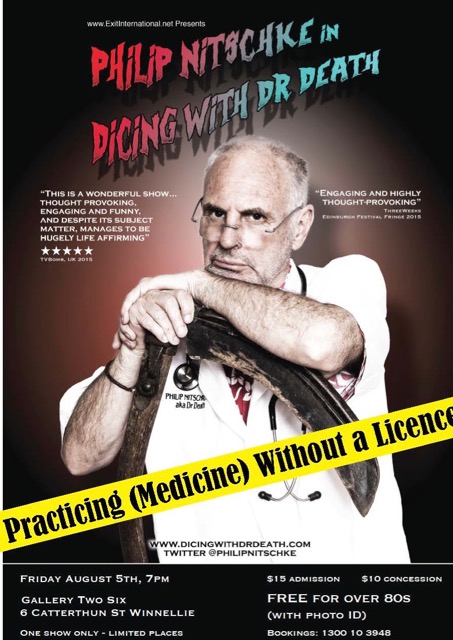 Dicing with Dr Death in Darwin[/caption]

Exit International Director Dr Philip Nitschke is the recipient of many awards including: 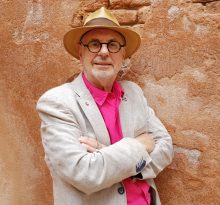