Over summer, Exit's Philip Nitschke made the trek to the Dutch city of Utrecht to have a look at the new XTC (ecstasy) pop-up shop, asking what if there were a Shop for Nembutal? An initiative of the Poppi Drug Museum in Amsterdam and in partnership with the University of ...
Read More

In a report to the Dutch Parliament this week, the Dutch Minister for Health, Ernst Kuipers, has reported on the problems associated with the backlog of euthanasia requests by mental health sufferers (inc those with dementia) in the Netherlands. Reports such as this are a key element in the Netherland's ...
Read More 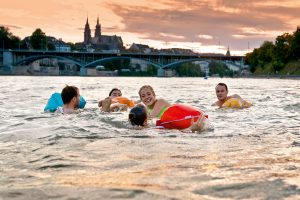 The Pros & Cons of Couples Going Together is a topic that needs comment, especially in light of the recent alleged botched double suicide of Exit Members Marijke and Tony Smyth in Queensland in Australia. By Fiona Stewart I want to compare this awful ordeal (at least as it was ...
Read More

Be careful who you tell is the message from Exit's long-time Melbourne Chapter Coordinator, Chris Lovelock. After long and careful consideration and forethought Chris had made an Exit Plan. Chris told a 'close friend' about this plan. Unfortunately, the so-called 'close friend' then told the Police. Here is what happened ...
Read More

Legalising assisted suicide is a slippery slope says Dr Anthony Latham in the Scotsman. Not so fast says Exit! When an opinion piece appears in the right to life press, my tendency is usually to dismiss it. Because it is written for a specific, one-eyed readership, it is to be ...
Read More

The Swiss Option Just Got Harder in what some say is a veiled attempt to stop foreigners having a VAD in Switzerland. This week the Swiss Medical Association (SAMS) tightened its grip over when and how Swiss doctors can provide assisted suicide. While, from a legal point of view, anyone ...
Read More

In January 2022 Exit Director Philip Nitschke was contacted by the 'Let's Get Psyched' radio show and podcast series which is hosted by a group of psychiatrists/ psychologists at the University of California, Riverside with an invitation to take part in their program. Let's Get Psyched wrote: 'The hosts at ...
Read More

The Backstory of Marie Fleming & Exit International Ireland I first met Marie Flemming in 2011, a few years before she died. Having only recently become acquainted with Tom Curran, Tom had invited us down to his stone cottage in countryside Arklow for an evening meal. At that time Marie ...
Read More

Sarco goes Viral & the Backstory is a behind-the-scenes look at how the word Switzerland started trending globally on social media because of a story about the Sarco Assisted Suicide Capsule (as it has now become known). NOTE - The February 2022 Update to the Peaceful Pill eHanbook features a ...
Read More 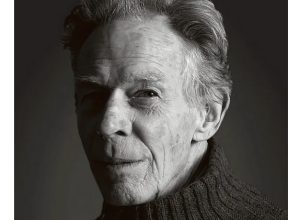 This week in Fudging the Facts in the Azide Wars, my old colleague, psychiatrist Boudewijn Chabot wrote a prominent opinion piece in the Dutch newspaper NRC called 'I can't warn enough about Middel X'. Normally, I would welcome an opinion from a fellow activist, but not this week. Chabot's column ...
Read More

The life and death of Rogi Wieg Throughout his life he suffered from serious depression and anxiety. He frequently had long spells in psychiatric institutions where he received electroshock therapy. He attempted suicide three times. His request for euthanasia was granted on the basis of ‘unbearable psychic suffering’ but he also suffered numerous debilitating physical symptoms particularly in the last years of his life – possibly as a side effect of all the different medications he had taken over many years.

In 2003 on a tour to promote his book Kameraad scheermes (2003) he told audiences : “Most people who say they want to die, don’t actually want to be dead. They just don’t want the life that they have.”

After being told by doctors that he was ‘uitbehandeld’ (no further treatment available), he began the process of requesting euthanasia. In an extraordinary moving and frank interview with Wim Brands conducted last winter and shown after his death by the VPRO on Dutch TV (in Dutch – no subtitles) Rogi Wieg speaks about the death of his father – also through voluntary euthanasia – his own fear of death and his sadness about death being the only thing he had left to look forward to. He said that even now he still frequently feels like he would like to end his suffering by taking his own life and not waiting for the outcome of his application for euthanasia, which he expects to be successful. But he was determined to see the process to its conclusion – to do otherwise would be like a defeat.

He talks about his disappointments, four years after the death of his father he finds he no longer thinks of him as someone he loves – and he is very negative about his mother whom he calls a narcissist. His condition, by his own admission, is rooted in a long standing fear of death – and, I would suggest, an existential crisis that has continued haunted him for most of his life. He explored every therapeutic avenue available without resolution, including four years of psychoanalysis, many and varied medications and electroshock therapy.

Rogi Wieg was fortunate in only one sense: He was a citizen of a country where he had a choice about ending his suffering in a humane way.

The Fairfax media in Australia this week seemed to have worked themselves into a lather about young people taking Nembutal.

As was written about in Philip Nitschke’s autobiography Damned If I Do back in 2012 when Fairfax last mounted a moral panic campaign on this topic, those who are younger than 40 invariably work in industries where they have easy access to Nembutal: think agricultural and veterinary industries.

Instead of trying to hang the blame on Philip and The Peaceful Pill eHandbook, why don’t Fairfax journalists do the job their paid to do and report the whole story?

And while they’re at it, how about contacting Exit for comment, and asking how many young people to do you refer to the Samaritans or Lifeline daily or weekly? How much valuable time does this take up for your organization?

And how do you do this? And how many lives do you think you’ve saved by acting in this responsible, caring, reactive manner?

Instead of focusing upon one errant Australian 20-something who once lived in Berlin, who was banned from the Exit forums for being argumentative and disrespectful to the elderly members present.

Funny his grieving mother found it fine to send her suicidal son to the other side of the world, on his own, and then to somehow think that his well-being was the concern of a publishing company based on the west coast of the US? Mrs Taylor should watch exactly where her finger is pointed.

As Professor Bob Sedler of Wayne State University in Michigan said back in 2010 when commenting on the then Labor Government’s ‘Clean Feed’ mandatory Internet censorship initiative:

““In the US, we have a way of protecting children from unsuitable online materials at the receiving end – it is called parents”.

What the Supreme Court Decision Means

If anyone was wondering what the Northern Territory Supreme Court really means, here it is.  According to Exit International lawyers, the decision is a scathing account of the behaviour of the Medical Board of South Australia and the NT Medical Tribunal. Both failed miserably to apply the law.

The following was first published by Sparke Helmore Lawyers: Briohny Coglin and Mark Doepel and posted on Lexocology.

The full account is accessible via the Lexocology link above

The Court also found that:

Dr Nitschke was not given adequate opportunity to respond to the broader range of conduct ultimately relied upon by the Tribunal (noting that when he did attempt to tender additional materials, his attempt was refused for the reason that they were not relevant to the issues raised by the Board)

(who is currently completing her final year of the LLB at Charles Darwin University, Darwin Australia)

Those who are opposed to rational people having the ability to make their own choices about how their life ends are fond of using the phrase ‘the slippery slope’ and also of quoting erroneous statistics from The Netherlands.

Steven Poole in The Guardian wrote a nice article on the origins of the phrase and why its use is problematic.

“The invocation of a slippery slope is almost always anti-rational fear mongering,” he writes. “The phrase acts as a little weapon of ready-made false reasoning that the wielder supposes to function as a knockout argument.”

I am not astounded by the simple lies perpetuated by the plethora of websites dedicated to this anti-rational fear mongering. People who feel that they are engaged in a kind of war on what they see as immorality will frequently use whatever methods they see fit to try and gain the advantage, and quoting erroneous or made up numbers without giving sources or references is the least of them. There’s not much one can say in response to that other than ‘show me the evidence’, but what about interpretations of figures that are correct?

For example the number of people successfully requesting medical help to end their lives in the Netherlands has doubled between 2008 (2331 people) and 2013 (4829 people). These are official figures from the Regionale Toetsingscommissies Euthanasie, the five regional government agencies charged with ensuring the appropriate implementation of the euthanasia law.

Whilst those of us on this side of the argument might be pleased with these figures, since far fewer people suffered needlessly in 2013 than in 2008, those who are opposed to a change in the law are horrified. They see it as incontrovertible evidence of the so-called ‘slippery slope’. But clearly it is inevitable if something becomes legal, that more people are likely to avail themselves of that legal thing over time – and to report it to the appropriate government agency. What would be more interesting is to correlate the figures with the numbers of people forced to ending their lives in non dignified non peaceful ways. Unfortunately the government agency is not charged with reporting on this but it would not be surprising if there was a significant corresponding reduction in those figures.