TD Gino Kenny’s Dying with Dignity Bill has reopened an important debate about the right of doctors to assist the terminally ill end their lives at a time of their choosing. The argument, supporters insist, is not about undermining an imperative to preserve life at all costs, but personal autonomy in end-of-life care.

In Europe, euthanasia is legal in the Netherlands, Belgium and Luxembourg, and being debated in Spain and Portugal. Switzerland allows some physician-assisted suicide. Palliative sedation, in which people can request to be kept under deep sedation until they die, is allowed in many countries, including the Netherlands and France.

The Vatican on Tuesday reiterated the church’s opposition to assisted suicide and euthanasia, “intrinsically evil” acts, “in every situation or circumstance”. Lawmakers who approve legislation allowing both, a letter from the Congregation for the Doctrine of the Faith says, are “accomplices of a grave sin that others will execute”.

In 2013 a seven-judge Supreme Court ruled in the Marie Fleming case that although suicide was no longer a crime in the State, this did not mean there was a constitutional right to take one’s own life or to determine the time of one’s death. But the Oireachtas is free to legislate in the area.

The Supreme Court, although expressing itself conscious of the acute suffering of Fleming, a university lecturer who had multiple sclerosis, warned of the difficulty in crafting such legislation “without jeopardising an essential fabric of the legal system – namely respect for human life – and compromising these protections for others”.

Where to draw the line between terminal patients’ right to choose not to pursue “treatments that provide only a precarious or painful extension of life”, accepted by the Vatican, and the positive act of assisted suicide is challenging ethically and legally. But instead of avoidance, it’s a challenge that merits cautious consideration. 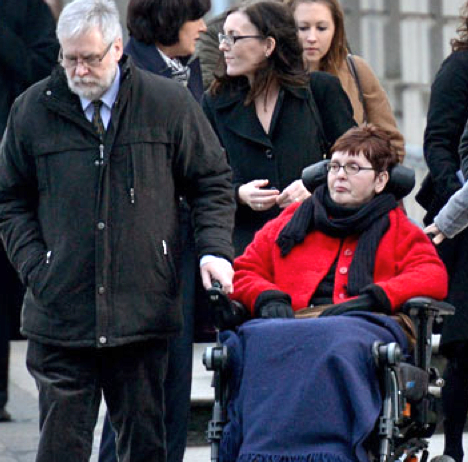