Death with Dignity: the story of Bev & Athol Whiston

Documentary. Beverly (79) and Athol Whiston (80) chose to die together in Peru after they purchased and consumed a euthanatic substance. Although they were relatively healthy, they wanted euthanasia. That was not an option for them in Australia. In this documentary, Beverly and Athol, their son and friends reveal what they had to go through to ‘die with dignity’.

In October 2017, NRC published a story on “humane suicide” and the worldwide network of counsellors who help people find lethal substances for this purpose. The Peaceful Pill Handbook, which lists distributors from whom euthanatics can be obtained, plays a crucial role in this network. With this book in hand, NRC travelled to Peru and discovered it is relatively easy there to obtain a “last resort” drug.

The story highlighted a number of cases where foreigners were found in Peruvian hotels after ingesting the drug. One of those was about an older Australian couple.

After publication, Sabine Bijleveld contacted NRC. She and her husband, Jan, were good friends with the older couple from Australia, Beverly Ann and William Athol Whiston. 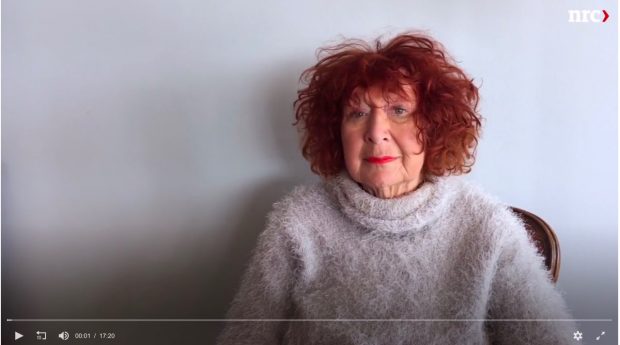 Sabine and Jan had collected hours of footage in which Beverly and Athol talk about their lives, the reasons they believe they have reached the end of them and their choice to die together in Peru.

NRC received all the raw footage, which, together with interviews with Sabine and Jan, served as the basis for this story. In some of the video footage, Beverly and Athol talk elaborately about how they plan to spend their last hours together. It is in this way that NRC obtained the details in the story.

Before they died, Beverly and Athol gave written permission to use the videos and pictures and to share them with the press. In an e-mail dated 10 April 2017, they wrote to Sabine and Jan: You have our permission to use the material on the video that we voluntarily made with you including any photographs or video that you took of us in Holland, Belgium, France and Switzerland. You may make a video of this material and share it after we have died.

Their son Carl also confirmed this to NRC. He answered NRC’s extensive questions, has approved the translation of the article and the videos and in an e-mail dated 6 February 2018 said: I have no problem with you using any information regarding my parents in your article.

Carl read the article before publication and viewed the documentary. The same can be said for Sabine and Jan.

All over the world, people like Beverly and Athol Whiston are in search of euthanatics. About six months ago, NRC covered the ‘other side’ of euthanasia, in which people rely on handbooks and ‘end-of-life counsellors.’ In the Netherlands, there are approximately 60 such counsellors.

In the Netherlands, there is an ongoing high-level political and social debate about the ability to choose the end of one’s own life. The focus of this debate is on those who want to make the choice to end their lives while they are still healthy. Under current Dutch law, they would not qualify for euthanasia because a doctor would have to diagnose their situation as “unbearable” and “hopeless.”

This year, the discussion in the Netherlands reached a fever pitch. The Last Will Cooperative (Dutch name: Coöperatie Laatste Wil), which claimed to have found an easily attainable and humane “last resort” drug, received tens of thousands of requests for it in a few months’ time. The first thousand people were supposed to have received the lethal powder in April until the Public Prosecutor intervened and the Cooperative halted its activities.

Even though this first attempt at legal distribution of the “last resort” drug failed, experts predicted that demand will not dissipate for a humane lethal way for people to choose death on their own terms.

The exact number of people who die by consuming a lethal substance they acquire themselves—like Beverly and Athol—is unknown; there are no official records. In the third evaluation of the euthanasia law in the Netherlands, performed last year, it was estimated that in 2015, 300 Dutch people killed themselves with lethal substances either acquired in the Netherlands or abroad. That a couple chooses to die together and travels abroad to do so is likely a very rare occurrence.