Italy Gets >750,000 signatures for Referendum

Italy Gets >750,000 signatures for Referendum which means that a referendum regarding the repeal of the punishment for assistance in dying of a consenting individual will take place in that country.

In 2013 the Italian right to die group, Association Luca Coscioni presented a legislative proposal regarding the legalisation of euthanasia.

This proposal was supported by 56.000 citizens (true figure more like 140.000), however the proposal was never debated by the Italian Parliament or the Committees of Justice and Health.

In 2018 the Italian Supreme Court, following from the DjFabo case (where activist, Marco Cappato, was tried and acquitted for his assistance in taking Fabo to Switzerland), it was ruled that in certain circumstances like ‘unbearable suffering’ and ‘lack of prospect of recovery’ and when ‘survival depends on mechanical devices (eg. life support)’, then assistance to suicide is permitted.

The Court invited the Parliament to legalize assisted suicide within 12 months. Parliament failed to act.

In 2020 the Italian Court of Appeal ruled in the Trentini case that assistance in dying of a consenting part was permitted for patients depending on life-supporting machinery but also patients who receive “all kinds of health treatment or realized through pharmaceutical treatments or through assistance by medical or paramedical staff or with the support of medical equipment including the artificial nutrition and hydration”. 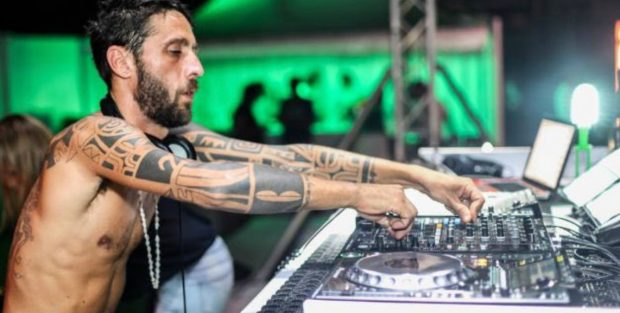 As the silence of the Parliament continued, the leaders of the Association – Filomena Gallo, Marco Cappato, Mina Welby – on Tuesday 20 April 2021 submitted to the Court of Cassation in Rome the question of a referendum, “by popular initiative”, to repeal partly article 579 of the Penal Code (murder of the consenting person) as follows (in bold the proposed phrases to be repealed):

Because Italy Gets >750,000 signatures for Referendum  – the referendum will be held.

Anyone who causes the death of a person, with his consent, is punished with imprisonment from six to fifteen years.

The aggravating circumstances indicated in article 61 do not apply.

What is applied are the provisions relating to murder (articles Criminal code 575-577) if the crime is committed:

After the approval of the Court of Cassation Association Luca Coscioni  has started a national campaign in Italy with the aim of collecting the 500.000 signatures required by Italian law before a referendum may be called.

The collection of signatures ends 30 September 2021!

Besides the national, local campaign, Association Luca Coscioni is trying to get in touch with the > 5 million Italians who reside abroad to inform them about the initiative.

Expat Italians can sign the request to call the referendum at the local Embassy/Consulate from the 1st of July until the 30th of September 2021.

Within Italy, the petition can be signed (in person) at any Municipality on the Italian territory. Association Luca Coscioni will also be holding street stalls, so if you see one, get on over.

Association Luca Coscioni wants to convince as many ‘expats’ as possible to join the campaign, saying they need as many local Italian contacts as possible to achieve the 500,000 signature goal. 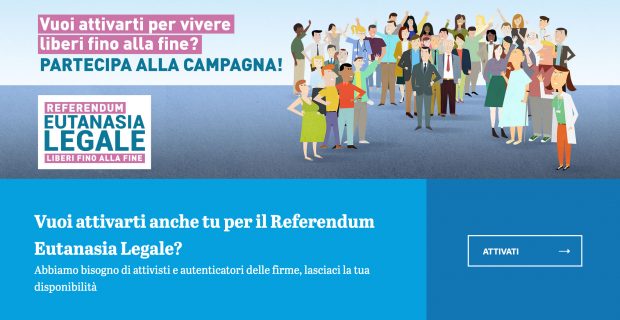 To recap, the text of the posed proposition:

Anyone who causes the death of a person, even with his consent, is punished with imprisonment from six to fifteen years if the act is

This is to say that if the person is > 18 years, has mental capacity and the decision to die is voluntary, then the assistance will be lawful.

So if you are Italian and eligible to participate in a call for a referendum, please get going on this ground-breaking initiative!!! 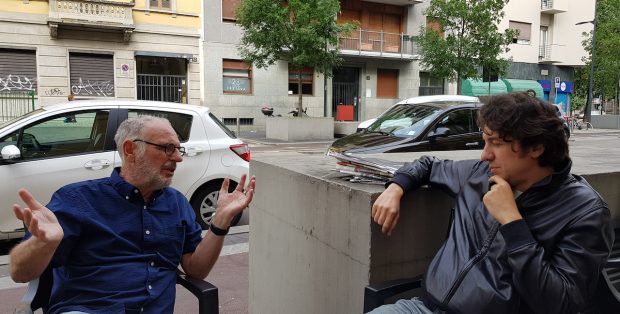