The Pros & Cons of Couples Going Together is a topic that needs comment, especially in light of the recent alleged botched double suicide of Exit Members Marijke and Tony Smyth in Queensland in Australia.

I want to compare this awful ordeal (at least as it was for Tony) with the orderly, successful death in 2021 of American couple Audrey and Greg.

I knew both couples.

I resent the fact that Australian laws have failed the elderly so greatly that respectful, caring, compassionate men such as Tony are at risk of being hung out to dry.

With more consideration and an open mind, there was nothing to stop the state of Queensland from adopting a Swiss-style law.

Indeed, that was the subject of Exit’s submission to the 2020 Queensland Law Reform Commission Inquiry.

Now the Queensland Government – rather than Tony – has blood on its hands.

Australia (and all other countries who prioritise the medical model of the assisted death) need to wake up to themselves.

We can and must do better!

If a wish to die (together) is long-held, considered and made by rational elderly adults, what right do the rest of have to interfere?

We might not like their decision, but it is surely theirs to make and ours to respect?

Audrey and Greg go to Switzerland

It is a year ago this month since I witnessed the joint deaths (yes a suicide pact) of American couple Audrey & Greg (not their real names) at a clinic in Basel in Switzerland.

Their deaths were long considered, well planned and incredibly peaceful. They died arm in arm to the melodic tune of ‘Moon River’ by Frank Sinatra.

‘Breakfast at Tiffany’s’ was, after all, their favourite movie.

During the time I knew Audrey and Greg, I found them an intense mix of sadness and joy.

Sad because Greg had been diagnosed with a rare form of cancer which even the most sophisticated of new technologies could not conquer.

Audrey on the other hand was not sick. Yes, she had any number of niggling things which came with being in her 70s, but she was quite well, all things considered.

The couple had long ago decided that they wanted to go together. 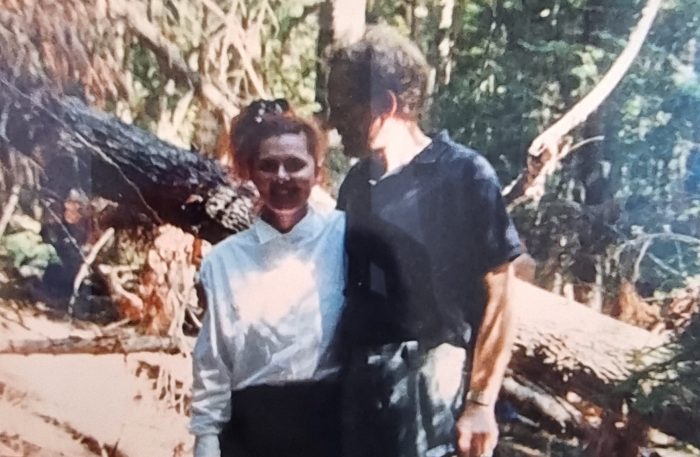 Never having had children, their decision might have been easier than for others. Their extended family were not told until the eve of their departure to Switzerland.

Upon leaving for Switzerland, they had organised everything.

The house was on the market, their assets had been placed into a trust (to be later dispersed to various charities).

Their favourite niece was said to have full control of the details of two lives well lived.

On their death I had strict instructions to return this and that back home to the States.

Before their death, I was one of many who was the recipient of Audrey’s largesse.

A successful, self-made businesswoman, Audrey was a great aficionado of Chanel and Cartier. It seemed only sensible to wait until the day before she died to impart the remainder of her possessions.

On the said day before, I therefore received 2 pairs of shoes, one overcoat (Audrey had come to Switzerland with romantic dreams of the snow capped alps despite the fact that it was late summer) one ipad cover and a beautiful set of sunglasses.

It is crazily bitter-sweet to accept such gifts from a woman who will die the next day.

(I would later re-distribute these gifts – with the exception of a single pair of shoes – to friends and acquaintances for whom such luxuries would always be out of reach, but whom would cherish and appreciate them).

When I told Audrey I would wear her shoes in her memory, she quickly replied ‘you don’t need to do that. Just wear them and enjoy them’. That was the spirit of Audrey.

On the days leading up to their deaths, Audrey and Greg stayed at the grand old Hotel des Rois on the Rhine in Basel. They took a suite where they could have their meals delivered.

They said they had no inclination to live it up.

Instead they stayed in their rooms, spending time with each other and watching the parade of swimmers with their ‘wickelfische’ float past them down the river. Audrey said she always loved the water.

On their final day, Philip and I drove Audrey & Greg to the Liestal clinic.

There they filled in their final paperwork and took their places on the bed.

You Can’t Take it With You

In between these two actions, a few things of note happened.

Firstly, Audrey had come to Basel with her usual jewellery assortment; things she wore daily.

For Audrey, this meant an impressive array of diamond rings, necklaces, earrings and watches.

I mention this not to brag (that only rich people who go to Switzerland to die) but to make note that it was not until the moment immediately before her death that Audrey felt she could part with these precious possessions (things that would later be sent back to the States for inclusion in her estate).

We are what we wear? Maybe.

At a practical level, at what point does the old adage that ‘you can’t take it with you’ sink in?

I guess none of us will know until we get there.

In the hour before their death, Audrey and Greg also imparted their ipads and phones with the promise that the data would be destroyed and the devices repurposed and given to a local charity.

While Audrey was itemising her jewellery to me, Greg sat restless at the table, toying with his wallet which still held a single credit card (all others had been destroyed).

Perhaps he had saved it ‘just in case’. Just in case of what one might add? He didn’t die as planned?

He wanted out and needed to book the next flight back to America.

Greg didn’t want out and he never booked a flight.

But right up until the moment he went into the room with the bed, he kept that wallet in his hand or back pocket.

When, finally, he did stand up to follow Audrey into the room, he tossed the wallet on the table.

As if he finally realised ‘this is it’.

This was such a simple gesture but also one that was overladen with meaning. It remains stuck in my mind.

This was Greg’s last vestige of control over the things that make up a life.

Within the hour he would be dead. He finally realised he didn’t need a wallet where he was going …

In the room during their deaths was clinic doctor. The couple had requested privacy.

The others of us sat in the outer room, listening to their sweet good byes and, of course, to Moon River.

Despite the crass interior of the clinic and the ugliness of its industrial surrounds, Audrey and Greg’s death was as good as it gets.

Their death could not be further from recent events concerning Tony and Marijke Smyth in Queensland Australia.

While no one yet knows what really happened with Tony and Marijke, this is what the Police via the media are telling the Australian public:

AN elderly man has been charged with aiding in a suicide at a rural Far North home on Sunday and is set to appear in court this afternoon.

On July 24, a 74-year-old woman was found unresponsive at an Upper Barron home by police and emergency services where her death was labelled suspicious.

A 76-year-old man, who was alleged to have assisted in the death, was also found at the address suffering from injuries.

He was taken to Atherton Hospital and then Cairns Hospital where he was treated and later discharged.

The incident was being investigated by the Tablelands Criminal Investigation Branch.

The 76-year-old man, who is in custody, was expected to appear in Cairns Magistrates Court on Tuesday.

What we do know is that Marijke had MS and that before he retired, Tony had worked as a team leader in aged care.

Marijke and Tony joined Exit in the 1990s, not long after the organisation was established. 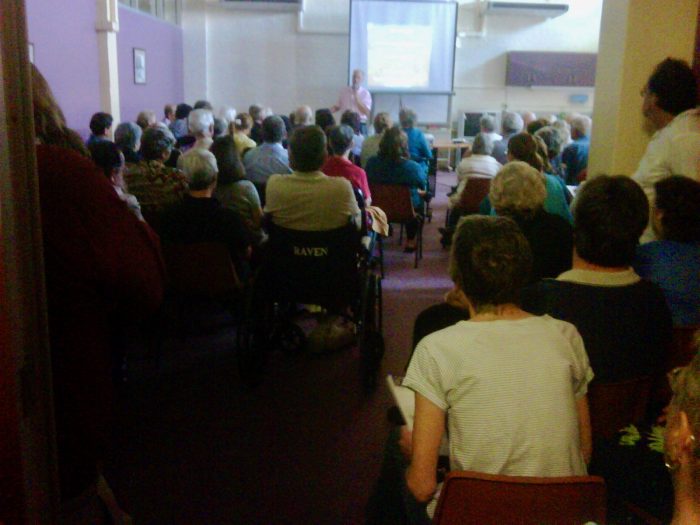 If they had been planning to go together this was certainly not a last minute decision.

In 2016 the couple wrote that they were ‘long term past members of the Cairns Exit chapter, and staunch supporters of Dr Nitschke’s efforts to change our archaic laws’.

Our heart breaks that Tony has now been charged with assisting the suicide of Marijke.

It is bad enough to lose a partner: someone you loved so much that you wanted to die with her.

Things should never have come to this. While things normally do not go wrong at home (these are the deaths we do not hear about), sometimes this can happen.

When one is forced to sneak around in the dark, sometimes one’s death can be an accident waiting to happen.

In a better world, the couple should have been able to a) safely, reliably and lawfully import Nembutal for their own private use at some possible time in the future or b) if a) were a step too far in the primitive confines of the far north of Australia, they should have been able to ask a doctor to prescribe Nembutal to them both: so they could go peacefully together, at home and in their own time.

If they had been prepared to leave home, Tony and Marijke could have died together in Switzerland. Lawfully.

But why should Australians have to pay more than €10,000 each (no 2 for 1 discount applies), and travel to the other side of the world to get a peaceful death?

It makes no sense.

If Australia has, as their Voluntary Assisted Dying Act shows, been prepared to change their law, it is nothing short of reprehensible that people like Tony and Marijke have become the collateral damage.

For Christ’s sake, even Marijke would not get help to die in Queensland: MS is not a terminally illness.

No doctor would sign papers to say she would be dead within 6 months (the qualifying criteria).

This is an indication of how limited (and some might say useless) the new Queensland law is.

Where to now for Tony?

The only ‘where to now’ is that Exit supports Tony in every way imaginable to help see him through this legal mess.

While he is voluntarily confined to a local mental health institution, Tony is needlessly occupying precious health resources (just like Chris Lovelock was forced to do in Melbourne recently).

Tony doesn’t need mental health treatment, he needs time to grieve the loss of his beloved Marijke, and to then, in the cold light of day, reconsider his own options.

He is not mentally ill. Not everyone who suicides is (the understatement of the decade).

Exit will continue to keep our members updated of the plight of Tony Smyth.

The organisation is now looking to schedule an additional workshop in Cairns in early 2023, in order to help prevent this type of thing happening to others.