In a lead article ‘The Rise and Fall of Agent X’, journalist (and co-author with Boudewijm Chabot of Uitweg), Stella Braam, argued that those seeking access to their own end of life drugs were ‘enthusiastic amateurs, blinded by their enthusiasm and pressured by their supporters’.

A further article in the same edition, ‘Autointoxication with suicide powder’ stated, with limited evidence that the suggested suicide drugs were ‘extremely unsuitable’ because of the alleged ‘unbearable symptoms’ they would initiate.

It was clear from these published articles, and the hostile editorial of NTvG that anyone advocating the right to have control over one’s death was in for a fight to the death (excuse the pun) with the Dutch medical establishment. 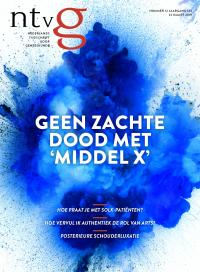 In September 2017, Dutch right to die group Cooperative Last Will, or CLW, announced in the national Dutch media that they had discovered a substance that was legal, easy to obtain and when taken as a drink or tablet would cause a reliable and peaceful death. This claim immediately attracted attention around the world.

Described by CLW as the perfect ‘Drion Pill’, Middel X was something that would place the option of a reliable, elective death back in the hands of the individual.

Most importantly, Middel X would offer those who wanted to bypass the restrictions and bureaucracy of Dutch euthanasia law a legitimate and legal way out.

No longer would a person have to argue their case to a doctor. No longer would a doctor get to say that, in their opinion, they were not suffering enough, Middel X would de-medicalise one’s decision to die along with the act itself.

At the time, CLW refused to name the substance they were referring to. They argued that to do so would be irresponsible to do so. 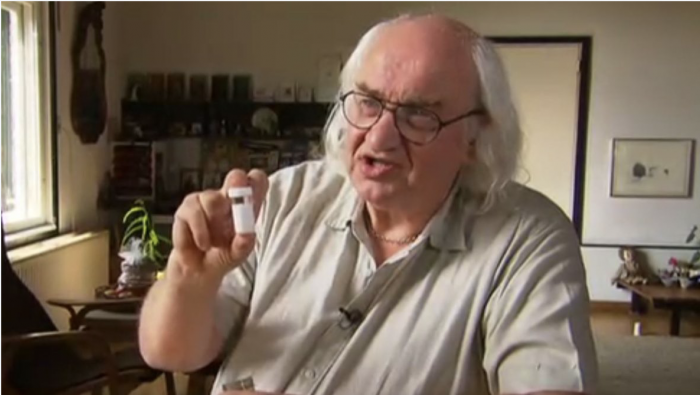 However, in not naming Middel X as azide, speculation and intrigue only increased.

Of course, retired scientists within the community of Exit soon outed the mysterious Middel X as either sodium azide and sodium nitrite. Both were simple, legal, available inorganic salts which made both of them possible contenders.

Indeed, the use sodium nitrite as a means of providing a humane death to feral pig populations in Australia was front of mind for Exit who, in 2017, was already examining this substance as a possible ‘Peaceful Pill’ (Exit term for the Dutch ‘Drion Pill’ or ‘Last Will Pill’).

Interestingly, Huib Drion was one of the first Dutchman I ever met. He was a retired president of the Dutch Supreme Court. On my first visit to the Netherlands in 1998, he invited me to coffee at his home in The Hague. This was a two short years after the Northern Territory’s Rights of the Terminally Ill Act had been overturned by Federal Australian Parliament;

As history tells it, that law allowed me to provide lethal legal injections to four terminally ill patients. It was those deaths and other attempted assisted deaths in relation to that law that made it clear to me from that restrictive medical legislation was not the answer to the question of a peaceful, elected death at a time of one’s choosing.

I was aware of  Judge Drion, after reading a provocative opinion piece by him in a Dutch national broadsheet where he had argued that all elderly people should have access to a lethal pill. Drion believed that access to such a pill was a fundamental human right and that it was independent of one’s state of heath. 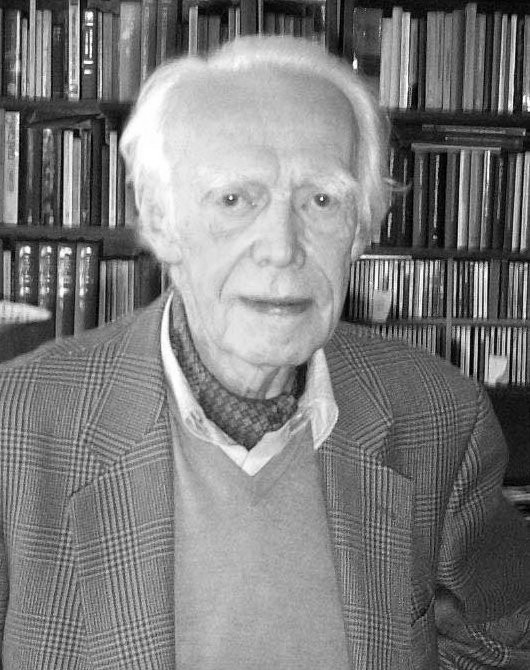 The concept of a pill made good sense to me and when I met the 80-year former judge and he explained his concept in detail, I knew I had met a kindred soul.

On that afternoon we discussed possible contenders. For me it was always going to be the barbiturate Nembutal. However, as Judge Drion pointed out, tight legal restriction made this unlikely. There must be another substance he argued: one that was not already under such tight state control.

The September 2017 update to The Peaceful Pill Handbook included details of both the azide and nitrite salts.

While it was clear that both salts could end life, there was little to no detail about the reliability or, importantly, the peacefulness of the process of each. There were few available first-hand accounts.

After careful analysis, Exit concluded that nitrite was probably a slightly better end of life option than azide.

Be that as it may, in 2018 CLW announced that they would soon be distributing Middel X to their members.

Internet chatter about the exact nature of the ‘suicide powder’ (as the media labelled it) again intensified.

When, in early 2018, Dutch teenager Ximena Knoll, 19, ended her life after researching the issue on the Internet, it was reported in the media that she had obtained Middel X.

Understandably, Ximena’s parents were distressed. They argued that the Dutch government should move to restrict the activities of CLW. They blamed CLW for their daughter’s suicide.

The Dutch government did act, regulating whom could purchase inorganic salts such as nitrite and azide. Dutch chemical distributors responded by restricting their sales to individuals.

CLW with then threatened with prosecution if they dared to continue with their distribution strategy.  Undeterred, the membership of the CLW continued to grow steeply.

The Dutch Medical Association – via their Journal – continued to attack the  ‘suicide powders’, claiming they were ineffective and unpredictable often resulting in failure.

However, there was scant evidence to back up this claim.

Indeed, the suggestion that nitrite was an ‘extremely unsuitable suicide agent’ was based on two incomplete case studies.

Neither study provided any detail on symptoms experienced. This shortage of detail only made claims and further counter claims possible.

Meanwhile, CLW admitted that Middel X was indeed sodium azide, producing a report from toxicologist Dr GHM Counotte where it was argued that it was a reliable end of life method and that the few adverse symptoms that were experienced before loss of consciousness were ‘readily treatable’.

Others disagreed and the Azide Wars took hold.

Dutch psychiatrist and author of the book Uitweg, Boudewijn Chabot, wanted it known that sodium azide is a poor and dangerous substitute to the reliable and supervised barbiturate, Nembutal, as administered under Dutch euthanasia law.

Chabot’s problem was that he did not have enough sufficient eye-witness accounts of azide deaths to make his criticisms stick.

While some thought that the unsupervised distribution (and use) of readily available suicide agents would delay and frustrate moves to bring in medical aid in dying (MAiD) legislation, other such as CLW pushed ahead regardless.

Even hitherto supporters of the DIY ‘self-deliverance’ approach such as Derek Humphry (author of Final Exit), expressed saying that he felt it would be irresponsible for him to include any details of the ‘suicide salts’ in a future edition of his book.

Give us the Science

The usefulness, or otherwise, of these inorganic salts can only be resolved when enough data become available.

This is why the recent data about sodium azide from both the Dutch Poisons Centre (DPIC) (who have made public the details of some 19 cases of people who ingested azide), and from member accounts provided by CLW (these data detail some 29 azide deaths since 2019) is so important to the so-called Azide Wars.

Both data sets have been published in the August update of The Peaceful Pill eHandbook.

Analysis of the data goes a long way to resolving the issue of the nature of the death that these salts can bring about.

In Exit’s view, sodium azide is well and truly confirmed as a means of bringing about a reliable, DIY death, even if some questions remain about time to loss of consciousness, and the possibility of experiencing un-relievable, unpleasant symptoms in the process.

These accounts should be considered alongside a number of specific, already-known issues such as the challenges of storage, safe disposal, and the possible risk that sodium azide poses after death to others who may try to render help.

In conclusion it is NTgV who are wrong in their assumptions.

There is no evidence that CLW are either amateurs nor can they be said to be blinded by their enthusiasm.

What can be said is that they have been ‘enthusiastic’ in their promotion of Middel X.

However, unlike the Dutch Medical Association, they have at least the science to back up their claims.