The Death of Noa Pothoven

I guess it was bound to happen.

An attractive young Dutch girl would be given euthanasia. Or would she?

The furor that has erupted over the death of 17-year old Noa Pothoven was fake news waiting  to happen.

Here was a girl who was raped and abused and who said she could not and never would get over it. Her book Winning or Learning was a brave move to explain her headspace.

Noa said she was breathing but not living. Her PTSD, anorexia, depression had gotten the better of her. In an interview before her death she was hopeful that ECT might break the cycle of negativity. This proved not to be the case.

She had approached  the Levenseindekliniek in The Hague for help.  Despite what media reports have said, they turned her down.

Talk about a hot potato! 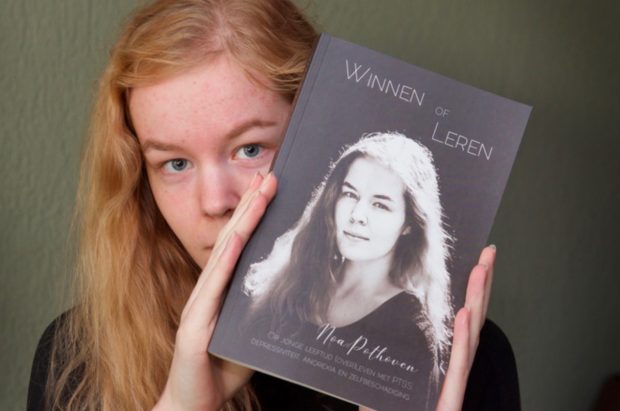 Especially after the controversial suicide of Ximena Knol, the Dutch 19 year old who allegedly took Middel X to suicide in February 2018.

Her parents are still baying for blood from Dutch group, CLW whom they (wrongly) hold responsible.

And so it was that Noa stopped eating and drinking. Her parents agreed that she would not be forcibly sent to hospital and force-fed (unlike before).

This is how Noa died.

She was not euthanized.

Despite such credible news outlets such as Euronews and The Independent getting it so wrong, so did Exit get it wrong.

We, too, thought this was an example of progressive Dutch liberalism. We were (and are) proud to call this country home.

While the Daily Mail and the other UK tabloids were horrified at the news, Exit warmly welcomed that the Dutch were prepared to acknowledge the suffering of a 17-year old with psychiatric illness.

We wondered about her parents, in their supportive role. In a taped interview in Dutch before Noa’s death, they were only just holding it together. They said they remained hopeful.

Their bravery in allowing their daughter to choose to die should not be overlooked.

And this ties in with how we made our point about our support for Noa’s right to decide.

And we sat back and thought about how her situation is a far cry from the 63 safeguards that have been built into the forthcoming Australian (State of Victoria) assisted dying legislation.

In Melbourne, you will need to be almost dead just to qualify. Just ask Troy Thornton.

He was becoming slowly paralyzed but even that didn’t make him sick enough to use the Victorian law.

The point is that the Dutch allow for psychiatric suffering. So do the Belgians.

The Swiss do on occasion. In all cases the person must have mental capacity.

As if to restate the obvious, just because you are depressed this does not mean you have lost capacity. Far from it.

There is something about the Netherlands that makes the fake news of how Noa died not that relevant.

While the English-speaking world can eat humble pie in that a 17-year old girl was not ‘put down’ by the Dutch State, the fact that her parents allowed her to go through with her wishes, and that the medical profession (in hero role) did not rush in demanding she be saved from herself, says something about this place.

The type of respect shown to Noa, if not by not helping her, then at least by not interfering, is a good lesson to those countries who insist on ‘nanny-stating’ the rest of us to death … so to speak.

Rational suicide is a fundamental human right. That is why it is not illegal!

A sad last post. I doubted for a long time whether I would share it here, but I decided to do it anyway. Maybe it is unexpected because of my posts about the recording, but my plan had been there for a long time so it is not impulsive.I get straight to the point: within a maximum of 10 days I will die. After years of fighting and fighting it is finished. I have now stopped eating and drinking for a while, and after many conversations and reviews it has been decided that I will be released because my suffering is unbearable. It’s finished. I have not really been alive for so long, I survive, and not even that. I am still breathing but I am no longer alive.I am well cared for, I get strong pain relief and am with my family all day (I am in a hospital bed in the living room). I’m saying goodbye to the most important people in my life.I can no longer call and I can barely app. If I do not approach you myself then it will no longer be possible to say goodbye, I am very weak so limit this to the most important people. I hereby also ask if you do not want to spam me with pleas or this is possible, I can no longer handle this.It’s fine this way. Do not convince me that this is not good, this is my decision and it is final. Love is letting go, in this case … ❤Thanks for your support always. It’s fine this way. It will be posted here in a while when I die, so that will become clear.Love from No