The Swiss Option Just Got Harder in what some say is a veiled attempt to stop foreigners having a VAD in Switzerland.

This week the Swiss Medical Association (SAMS) tightened its grip over when and how Swiss doctors can provide assisted suicide.

While, from a legal point of view, anyone in Switzerland can provide assisted suicide to another (as long as their motives are altruistic). Because all the Swiss organisations use Nembutal, the cooperation of a doctor is required.

It is this condition alone (the use of the controlled drug Nembutal) which brings assisted suicide into the orbit of the Swiss Medical Associations. 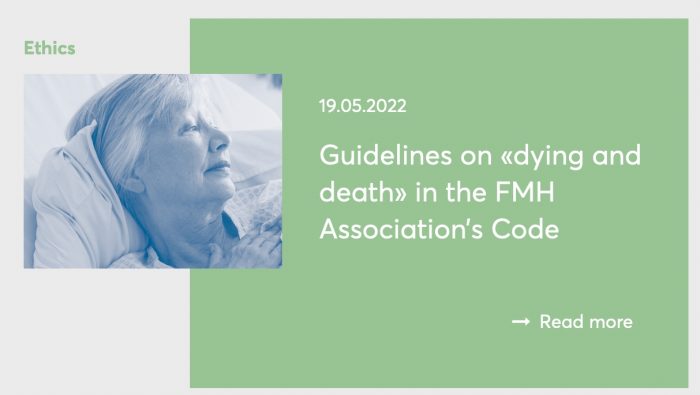 This week, the Swiss Academy of Medical Sciences has both clarified and published new ‘medical and ethical’ guidelines on death and dying.

SAMS state that a Swiss doctor can now only provide assisted suicide (by way of a prescription for Nembutal) if the following four conditions are met.

The first 2 of these 4 requirements (capacity and autonomous wishes) must now be ‘confirmed by an independent third party (who need not be a physician).

What about these Changes that mean the Swiss Option Just Got Harder?

The requirements which will make it more difficult for a foreigner to be approved for a VAD in Switzerland are ‘Autonomous Wishes’ and ‘Severe Suffering’, requirements 2 and 3.

While Swiss doctors have long needed to ensure that a person seeking a VAD in Switzerland is not subject to external pressure (by a spouse, family member or friend), the requirement that the doctor must now undertake a consultation with the person not once, but twice over a set period of time, will inevitably make the whole process more difficult.

The worst case scenario is that the person seeking the VAD will need to now spend 2+ weeks in Switzerland (thereby increasing the difficulty and expense of the whole process).

The best case scenario is that the first interview would be able to be able to be undertaken by Zoom by Facetime; if this were possible it is only the doctor’s workload that is significantly increased.

SAMS has not yet stated the conditions under which these ‘two detailed discussions’ must be undertaken but there are red flags everywhere.

The second change to these guidelines concerns definitions of ‘severe suffering’.

Under the Swiss Criminal Code a person does not need to be sick, let alone terminally ill, in order to get a VAD in Switzerland.

As far as the involvement of Swiss doctors is concerned, this has now changed.

This is the medicalisation by stealth of a hitherto non-medical Assisted Suicide law.

Under the new guidelines, it is stated that it is ‘not ethically justifiable’ to provide ‘assisted suicide in persons who are healthy’.

Furthermore, the guidelines state that given a doctor cannot objectively determine intolerable suffering, an ‘abstract justification based on a diagnosis is not in itself sufficient’.

However, if the course of illness is documented and the individual’s situation described in detail, then the doctor’s judgement to proceed with a VAD may fall within the SAMS guidelines.

3. Confirmation of Capacity and Autonomous Wishes by an Independent 3rd Party

The third change that makes a VAD in Switzerland more difficult is the need for a so-called ‘independent third party’ to confirm that the person has the capacity to ask for help to die, and is making their decision voluntarily and of their free will.

The new guidelines do not define who the third party might or must be. Nor do they state the nature of the confirmation required. Is it verbal, written, signed by a public notary etc?

In regard to the need for the third party to be ‘independent’, one could reasonably guess that this is a quest by SAMS for the involvement of the applicant’s regular doctor in their home country (a disclosure that many would see as worrying and which could raise yet more red flags in terms of perhaps even being prevented from leaving their country).

Or perhaps a home town attorney or solicitor would suffice as the independent third party. Who knows?

In summary, a VAD in Switzerland will now involve:

2 interviews with the doctor from the Swiss clinic, at least 2 weeks apart

Vastly more qualification criteria for those who are not ill (eg. for elderly people with polypathology – lots of small niggling things wrong but nothing that qualifies one as terminally ill) in order to prove ‘intolerable suffering’

A seeming blanket ban on people cannot show illness (eg. people such as 104 year old David Goodall who was old but was not sick)

Interestingly, in the preamble to these new guidelines, SAMS state:

Assisted suicide is not a medical action to which patients could claim to be entitled, even if it is a legally permissible activity.

In Section 6.2 they continue:

Requests by patients with capacity to support their intention to bring about their own death pose challenges for medical professionals’ understanding of their role in terms of professional ethics.

The formulation of objective medical criteria for the acceptability of assisted suicide is problematic since, firstly, such criteria would give rise to difficult questions of demarcation…

However, in order to justify why assisted suicide should be considered a medical matter at all, medically definable symptoms of disease or functional impairments must be present.

SAMS acknowledge that seeking to define a group within the community who are deserving (eg. the terminally ill) of medical help to die while implying that other groups are not (eg. the seriously old) is problematic, not to mention discriminatory and unfair.

SAMS acknowledge also that there is nothing inherently medical in helping someone to die.

Indeed, they go as far as to say that assisted suicide poses a challenge to the ‘true role of physicians in the management of dying and death … [which] involves relieving symptoms and supporting the patient’.

There can be no doubt that the Swiss Medical Associations are trying to medicalise their assisted suicide law.

They know that they cannot change the Swiss Criminal Code, so these new regulations are the next best thing to ensure that Swiss assisted suicide is made as medical (and as difficult) as possible, especially for foreigners.

That the Swiss groups all use the controlled drug Nembutal has left the way wide open for the medical establishment to colonise assisted suicide in this country; despite what the law allows.

The Future of Assisted Suicide in Switzerland

In some ways those who advocate for end of life rights in Switzerland are their own worst enemy.

Nothing forces the assisted suicide groups of Switzerland to use Nembutal (despite it being one of the best ways to bring about a peaceful and reliable death). The groups could equally, for instance, use sodium nitrite or sodium azide and have none of the problems that they are now facing.

They could also use nitrogen gas, as Dignitas sensationally tried and quickly discarded back in 2008 (due to the extraordinary bad publicity they received).

But what if a palatable, elegant, non-drug method of assisted suicide did exist for foreigners in Switzerland?

What if something like the Sarco capsule were available?

Where would the SAMS guidelines sit then?

Qualification to use the Sarco would still be based on ethical guidelines (as currently being developed by Exit International), but these would be based on capacity and the social surrounds of the applicant (eg. is the decision a considered one?) rather than on a medical assessment of disease.

The Swiss Criminal Code is a true departure from the medical-model laws that are being rolled out in countries such as Australia, the US, New Zealand and Canada, just to name a few.

It is a great pity that the Swiss find themselves caught up on the medical-model wave, rather than other jurisdictions seeking to replicate Switzerland’s progressive and inherently fair and egalitarian legal option.