This is now 2 editions of the book that were ordered by terminlly ill men (in Qld and Victoria) seized in the month of April!!

To readers outside of Australia, the censorship of books is unheard of. Indeed in many places (eg. the EU) it would constitute a breach of one’s human rights.

However despite its urban myth as relaxed, liberal kind of country, Australia has remarkably little in the way of laws that protect some quite basic human rights. While the Australian Constitution protects political expression and religious freedom it is eerily silent on free speech.

The Peaceful Pill Handbook (2007 edition) remains the only Australian book banned in Australia in the past 30+ years. 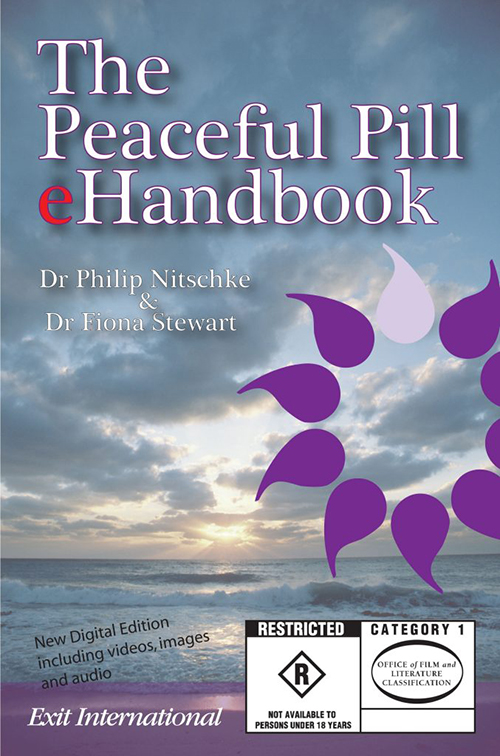 The Attorney General of the day was unhappy with this and so Philip Ruddock banded together with good ol’ Right to Life to challenge the 18+ rating, and succeeded in having the book awarded a RC (restricted classification), as in too dangerous to publish in Australia. 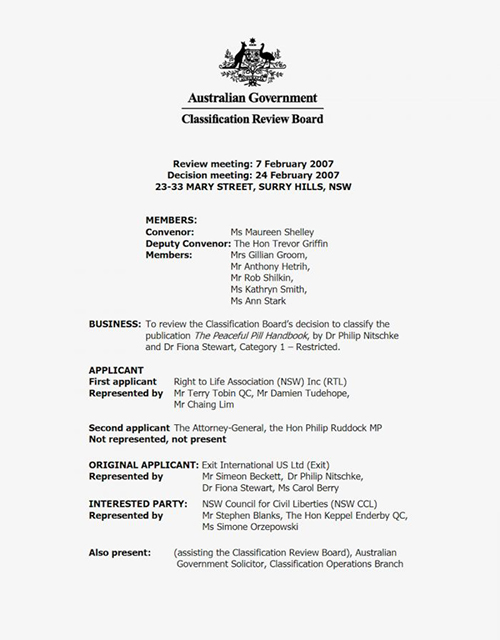 And so the Peaceful Pill Handbook is now an ‘objectionable’ publication in Australia.

The very fact that ‘Australia Border Force Seize Peaceful Pill Handbook’ shows the Australian Government as an absolute anachronism from the 1950s in taking on the role of deciding which books Australian adults can read.

It is the Australian Government – and no one else – that decides what is good for its citizenry!

It is little wonder that the Australian Prime Minister is now under attack for taking a Royal Australian Airforce jet to the Gold Coast in order to address the Australian Christian Churches National Conference this week.

Heritage Church tweeted that at this conference the PM said that Australia needs the church.

So when Australia Border Force seizes copies of the PPH, you don’t need to be a conspiracy theorist to see where the pressure is coming from. Do you?

The history of the banning of the 2007 edition of The Peaceful Pill Handbook can be found at the refusedclassification.com website.

An excellent, insightful, in depth discussion of censorship in Australia can be found in Lachean Humphry’s ‘Three Banned Books’ in the 2017 Summer edition of Overland.