Be careful who you tell is the message from Exit’s long-time Melbourne Chapter Coordinator, Chris Lovelock.

After long and careful consideration and forethought Chris had made an Exit Plan. Chris told a ‘close friend’ about this plan. Unfortunately, the so-called ‘close friend’ then told the Police.

Here is what happened next to Chris in July 2022.

At [a regular] current affairs Zoom class, [my friend] Jeff Hall announced that he would not be available for the next four weeks and suggested that Helen and myself might be prepared to stand in for him.

Not wishing to disclose my reasons for declining the invitation in front of the whole class, I merely said that I could not do it the next week.

Jeff emailed the class telling them that I would do the next but one week and also a fortnight later. I had not agreed to that. I emailed Jeff saying that I would be unavailable at any time in the future and believing that he was entitled to an explanation, I told him that I was intending to end my life on the evening of July 14.

At 0850 I received a phone call from Jeff saying “What’s going on”, and I explained fully but briefly. Jeff said that he would “have to” report my proposed action to “The Authorities”.

I believe that he mentioned the police. I told him that I did not want him to do that and the conversation was terminated.

At about 1030 two police officers from the Boronia station arrived. I was expecting a visit from my daughter Alana around that time and met all three at my front door.

There was a brief discussion between the four of us and then SC Ray Rinderhagen asked if he could speak with Alana privately.

As I am unable to stand for any length of time I suggested that I go inside the house and talk to PC Danielle Day.

I then went inside with PC Day where we had a brief amicable discussion and were shortly joined by SC Rinderhagen and Alana.

The discussion continued amicably except that I told them that I was not prepared to go anywhere with them unless they could produce an arrest warrant.

It was then explained to me that they did not intend to arrest me but they had some sort of a document relating to the Mental Health Act which gave them the authority to detain me, using force if necessary, and transport me to a hospital of their choice where my mental health would be assessed by a suitably qualified person.

I think it was at that stage that I was told that an ambulance was on its way.

I pointed out that there was a chronic shortage of ambulances and I did not want to make that situation worse and would prefer to be transported in their divvy wagon, but when it was explained that the divvy wagon was frequently used by some less than salubrious detainees, I opted for the ambulance.

I don’t believe that I really had a choice and I realise that they were acting in my best interests, at least as far as transport was concerned, and when the ambulance arrived shortly thereafter, I entered it without further objection.

I arrived at Maroondah Hospital somewhere around 1130 where I was briefly transferred from the ambulance stretcher to a hospital wheel-chair and left in the ED corridor with both ambulance officers and both police officers standing guard, and told I would be assessed by a psychiatrist when one became available, with at least one person (a drug user who was “smoking” a vape) ahead of me in the queue. 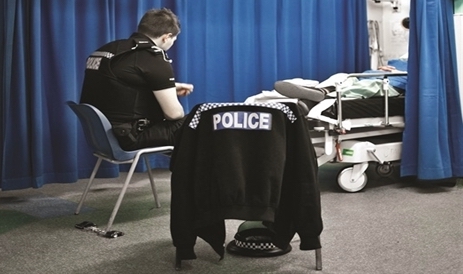 After a couple of hours the ambulance officers left and I was transferred to a cubicle, still within the ED corridor but without the wheelchair.

At about 1600, the person that I was told was ahead of me in the queue walked past, her visit to the psychiatrist obviously complete.

About this time I was transferred to another cubicle outside the corridor. An hour later I was interviewed by a “mental health professional” but not a psychiatrist, and told that I was to be transferred to Box Hill.

This happened about 2330 in another ambulance.

On arrival at Box Hill I spent half an hour in the ED then taken to the psychiatric ward 1 East room 12 where I was relieved of my belt (but not my shoe laces) and given a “pair” of pyjamas consisting of a top too small to wear and bottoms at least 12 inches too long. I slept until 0700.

At about 1100 I was interviewed/assessed by psychiatrist Chamath Rangoda and Jessica ? who introduced herself as “almost qualified as a gerontologist”.

I had a reasonable discussion (mainly with Cham) lasting over an hour, during which time he verbally acknowledged that in his opinion I was not suffering from depression or anxiety but told me that I would be held for up to 28 days for treatment for my mental illness because it would be impractical for me to receive such treatment outside the hospital.

Cham told me that I was entitled to ask for a second opinion which I then did.

At about 1400 I was given a copy of form MHA110 Temporary Treatment Order which included Cham’s observation “You are at risk of suicide with a clear plan and intent. You are wanting to leave hospital despite the risks.”

This document also included a statement to the effect that “….. the person has a mental illness…… “ but did not specify what that mental illness might be.

I was also given a nine page document “Temporary Treatment Order – Statement of Rights” and another form with which to lodge an appeal to the Mental Health Tribunal. I immediately lodged an appeal.

Later that day, or possibly the following day, I asked Jessica what was my mental illness, to which she replied that it was “Adjustment Disorder”.

Upon my enquiring as to when I might expect to see my “second opinion” I was told that it would be “as soon as possible”.

About 1600 I reported that I was cold and shaking and was given a blanket and another covid test. I had previously (don’t remember when) been given a couple of tests which were negative. I was shaking when I went to bed to sleep. I requested some form of medication to help me sleep but the request was ignored.

When I woke about 0700 I was told that my latest covid test was positive. So much for the hospital’s “duty of care”.

At 1330 Alana arrived to deliver some “goodies” and sundry other items including nail clippers and electric shaver which were both promptly declared contraband.

At 2115 I was transferred to the covid ward and an hour later a guard arrived, taking up residence in my bedside chair.

His name was Kurkura and despite the fact that I experienced language difficulties, he insisted on bashing my ear about how lucky I was that someone had intervened to save my life

At 1100 I was examined (chest/lungs) by two doctors, and questioned. Where am I? What year is it? What month?

At 1200 I saw my “second opinion”, psychologist Jo (Jonathon) Storke plus two others. Jo agreed that I have no mental illness and said that he would confer further with Cham. 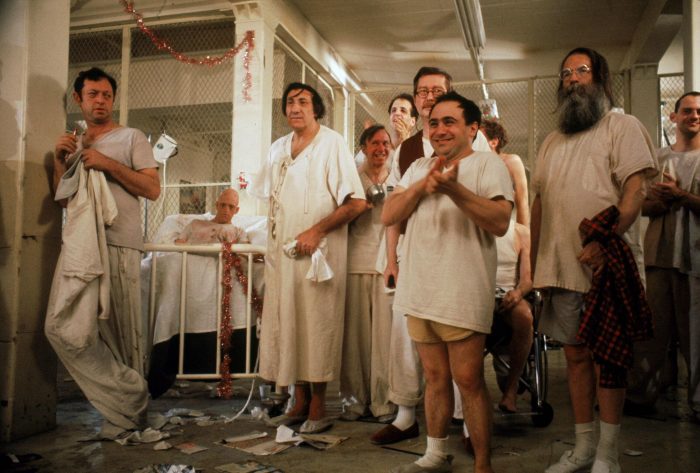 The infamous One Flew Over the Cuckoo’s Nest

An hour or so after seeing Jo, Ben Taylor (he had been taking notes during Jo’s interview) brought me form MHA112 Revocation of Temporary Treatment Order or Treatment Order with Jo’s comments “You do not have features of a significant mental illness at the current time.

While you still consider ending your life as an option, you do not have an immediate plan and you are willing to discuss community support.”

Eventually I was told that I could arrange my own transport, as I had suggested that I do some five hours earlier, and Alana arrived 2115 and I was taken home.

a. Why was I brought here as I had not committed any crime?

b. Why was I being held?

To both of these questions I was given the vague answer to the effect that “they” had a duty of care to me.

At no time, with the exception of the “guard” that I had to suffer on Sunday night, did I encounter anyone who disagreed with my basic philosophy that a rational adult person had the right to determine their own future.

There is no doubt that this is a shocking story and an awful experience for any 80 year old man of sound mind to have to go through.

Exit will now explore the avenues open for redress and seek a legal opinion that can serve as a warning to others should they find themselves in Chris’ shoes.

To comment on Chris’ story, join the discussion at the Peaceful Pill Forums