Philip with some friendly London Bobbies

So, the MET have received a vexatious complaint from pro-life UK and the Metropolitan Police want to interview Exit Director, Philip Nitschke, under caution?

Hell no, don’t talk about death and dying. At least not in England.

This matter is all about free speech. It is about the Religious Right not liking the right of others who are not of their way of thinking, wanting to talk about when and how they might die in a way that is peaceful, dignified and reliable.

Pro-life think death and dying is in the hands of God. For them it might be, for non-believers it is not.

While almost no one wants to die, absolutely no one wants to suffer dying.  Coming to an Exit meeting and having your questions about death and dying answered in a non-emotive, factual yet sensitive manner can be hugely reassuring.

The whole idea of knowing about how to die peacefully and reliably, should things ever come to that, should not be a controversial issue. Rather, it’s an insurance policy for the future.

But in England it’s become a controversy.

Watch this space for more news on Thursday’s interview and its aftermath.

Will or will not, the Crown Prosecution Service decide that Philip Nitschke has breached the UK Suicide Act by answering the questions of hundreds if not thousands of Exit Members about their end of life choices.

Or will they respect the core individual rights and freedoms enshrined by British Human Rights Act and the European Convention on Human Rights and allow Exit members freedom of association and the freedom to access information that they wish? 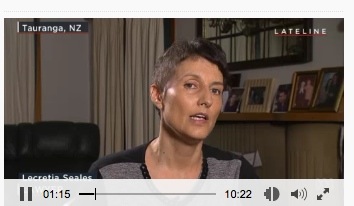