Sandy Morris challenges California law because when found out she would die of ALS, she resolved that she would bravely, peacefully and legally end her own life, surrounded by her beloved family and views of the Sierra Nevada.

California’s End of Life Option Act requires that people take their own lethal medications, without assistance — but the cruel reality for Sandy and others dying of neuromuscular disease is that they can’t. They need help.

On Friday, the iron-willed 55-year-old wife, mother and former athlete, joined by other patients and physicians, filed suit in federal court asserting discrimination under the state’s historic law. Because they are disabled, they say, they’re denied access to the dignified death available to all other Californians.

“It is so incredibly cruel that nobody can help me take these medications,” said Morris, confined to her bed in Sierraville, north of Lake Tahoe. “I am terrified to think that if I wait too long — if I wake up tomorrow or the next day and can’t move my thumbs or swallow — that suddenly this is no longer an option for me.”

If the courts allow her doctor to help administer the drugs she needs for a peaceful goodbye, “I can stay with my children a few extra weeks, or days, or hours,” she said, her voice breaking.

“But I’ll have to leave this beautiful world earlier than I want to,” she said, “while I still have the use of my hands and while I can still swallow.”

Under the End of Life Option Act, used by 1,816 Californians since it went into effect in 2016, it is legal for doctors and family members to prepare medications, put them in a drink or pour them into a syringe or pump attached to a feeding tube.

But the patient needs to suck the straw on their own. They can’t help the patient push a plunger on the syringe. If the medications get stuck while flowing from a bag into a feeding tube, risking a dangerous partial dose, they can’t fix it by squeezing the bag.

That’s considered “assisting a suicide” — a felony, punishable by up to three years in prison and/or a $10,000 fine. Doctors could lose their licenses.

More than two-thirds of patients who use the Act are dying of cancer.

But the second-largest category of underlying illness — accounting for 10% of all cases — are people with common neurological diseases and movement disorders such as amyotrophic lateral sclerosis (ALS), Parkinson’s, multiple sclerosis, stroke or paralysis from spinal injury.

They’re faced with a terrible decision: die early or suffer.

“They come to this place where they feel pressured to act,” said attorney Kathryn Tucker of Emerge Law Group, who is filing the civil rights class-action suit.

For Sandy, choosing to wait might mean suffocating to death. ALS is a progressive neurodegenerative illness that affects nerve cells in the brain and the spinal cord, eventually paralyzing your chest muscles.

Her mind is still razor sharp. She can still feel every sensation. With difficulty, she is still able to speak. But nothing else moves.

“My brain will say ‘kick,’ and my feet are ready. They’re still beautiful,” she said. “But the neurons have died. They are no longer able to send the message.”

Doctors who help the terminally ill confront a legal dilemma: Disability law mandates assistance and equal access to health care, while the aid-in-dying law mandates the opposite.

“I am trapped between two contradictory laws,” said Dr. Lonny Shavelson of Berkeley, chair of the American Clinicians Academy on Medical Aid in Dying.

“When working with a patient with neuromuscular disease or various other neurological diseases, I’m forced to break one law or the other. There’s no other choice.”

California’s law, modeled after Oregon’s statute, was written by politicians and advocates, not doctors and ethicists, said Dr. Robert Brody of San Francisco General Hospital and Professor of Medicine and Family and Community Medicine at UC San Francisco.

To appease opponents of the act, the language was very restrictive, he said. Rules not only preclude help but also require patients to be of clear mind and capable of making three requests, orally and in writing, separated by a minimum of 15 days.

Two witnesses are required for a patient’s signature on the written request. Patients must sign a final attestation form no more than 48 hours before ingesting the drug.

Now it’s time to improve the law, Brody said, “with the political courage to take on the vested interests who didn’t want this law in the first place, who don’t want the law now and who have demanded these so-called safeguards,” he said.

“These ‘safeguards’ have turned out to be barriers,” he said.

According to bioethicist Alicia Ouellette, dean of New York’s Albany Law School and an expert in health law and disability rights, the “law prevents competent, terminally ill people with neurologic diseases from accessing aid in dying because they cannot physically administer the medications.

The unassisted self-administration requirement creates a barrier to health services available to people without those disabilities. This barrier runs contrary to disability rights laws.”

Opponents say safeguards are essential to prevent an heir or abusive caregiver from coercing the patient to take the deadly drugs.

People with disabilities may feel they’re a burden on loved ones, and abuse is a growing but often undetected problem, according to the group Not Dead Yet, a New York-based disability rights group that calls aid-in-dying laws “a deadly form of discrimination.” 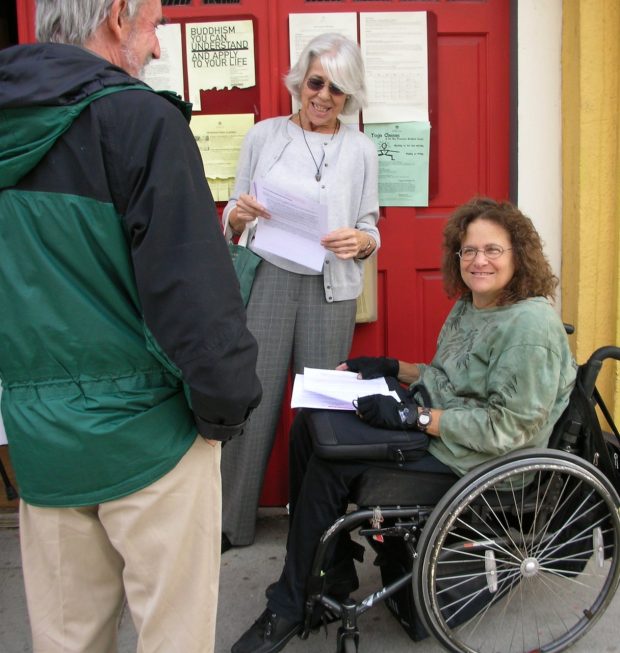 Clinicians are allowed to administer medicine in almost every other jurisdiction in the world that allows aid in dying, such as Canada, Australia, New Zealand, Colombia, Spain, Netherlands, Belgium and Luxembourg. Switzerland and the U.S. require self-administration.

“The law should not discriminate against people with disabilities by forcing them to consider this most personal decision before they are ready,” said Fred Fisher, CEO of the ALS Association Golden West Chapter.

The group neither supports nor opposes the law, saying it is a matter of individual conscience.

Sandy Morris was once an energetic woman who skied, hiked, ran the Lake Tahoe Marathon and worked for years as global analytics business manager for Hewlett-Packard.

Married to her best friend, she was fiercely committed to family life, organizing fancy birthday parties, planning college tours and waking before dawn to help braid the mane of her daughter’s paint horse, Sunny, for show competition. 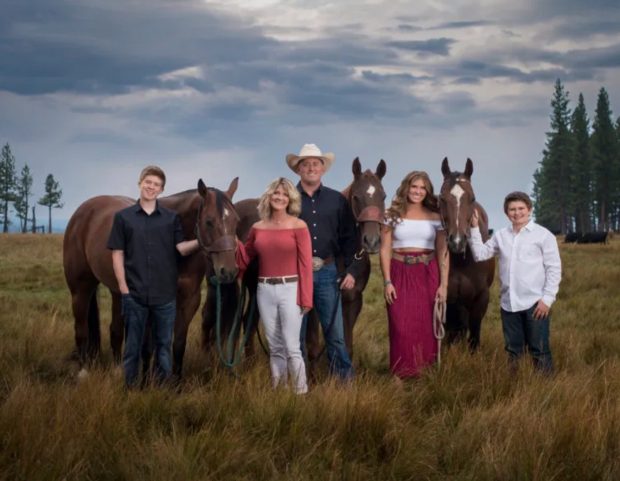 “We had a fairytale upbringing. I woke up every morning knowing that I was completely safe and held,” said her daughter, Kylan, 24. “I want every minute that she’s still here on Earth with us.”

Sandy was only 51 when she was diagnosed, after noticing that her right foot slapped the sidewalk when she walked. Desperate for a cure, she joined a clinical trial at California Pacific Medical Center, endured three spinal infusions and four lumbar punctures, and flew to South Korea for a stem-cell experiment.

For four years, “I fought this disease to the best of my ability,” she said. While she knew it was fatal, she took solace that the End of Life Options Act meant that “my children and my husband would not have to watch me gasp for my last breath.”

She’s frustrated that help is available for every possible need — from eating and bathing to scratching an itch — yet not for dying.

“It feels so unfair that because I am disabled, I’m going to have to pick a day, and leave this world earlier than I want to,” she said.

“I’ll miss the weddings and the grandchildren,” she said. “At least let me stay for the very last second, until my bravery is over, with my babies and my husband and my beautiful life.”