THE inventor of a controversial suicide pod

THE inventor of a controversial suicide pod says ‘DEATH POD I invented a ‘suicide machine’ – and I might even use it one day’.

“Dr Death” – real name Dr Philip Nitschke – made headlines last year after claiming his Sarco capsule could be used in Switzerland from 2022, allowing those who are seriously sick to end their life themselves at the click of a button.

‘Dr Death’ hopes the pod will be used for the first time later this year in Switzerland. 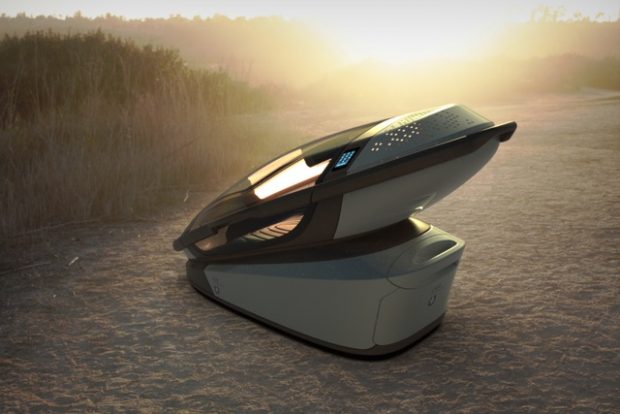 The coffin-like pod is filled with nitrogen, quickly bringing oxygen down from 21 per cent to only 1 per cent in about 30 seconds.

Speaking to The Sun, Dr Nitschke said he would contemplate ending his own life in the pod one day, should he develop a serious life-debilitating illness.

“I’ve got access to certain drugs but I’ve become quite attracted to the idea,” he said.

“The death itself is a very peaceful, almost euphoric, intoxicating moment before one loses consciousness so it is pretty good by death standards I suppose.

“So yes, I like that idea of having a sense of occasion, a day that you die.

“That you pick the day, you set it up, you decide who’s there, who you want to say goodbye to, and then you climb in as if you’re going somewhere, because it gives the impression of a vehicle for travel, even though it doesn’t go anywhere.

“It gives the impression at least that you’re leaving, you’re waving goodbye, the people behind are staying and at that point you leave this planet.”

The latest model is expected to be completed in a matter of weeks and could be used in Switzerland – where assisted suicide is legal – midway through the year.

Both assisted suicide and euthanasia are illegal in the UK. 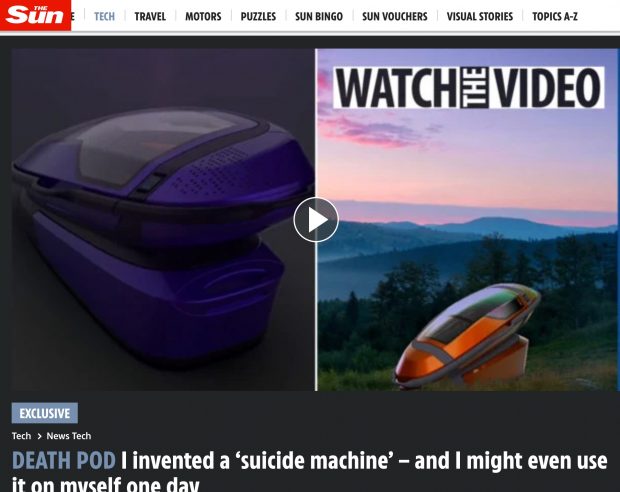 Dr Nitschke – who runs pro right-to-die organisation Exit International – said he has had interest from lots of people suffering with a terminal illness, though some have died in waiting.

“We want to make sure that it’s not a controversial first death, in other words it’s likely to be a person who’s quite sick – even though under Swiss law you don’t have to be sick to be able to get help to die,” he explained.

“Because there will be so much controversy over the use of gas, we will be wanting someone who is quite clear that they like this idea and that they’re going to go ahead and end their life one way or another.”

However, some are against the device – even those for assisted dying.

Dignitas told the BBC last year it “would not imagine that a technologised capsule for a self-determined end of life will meet much acceptance or interest in Switzerland”.